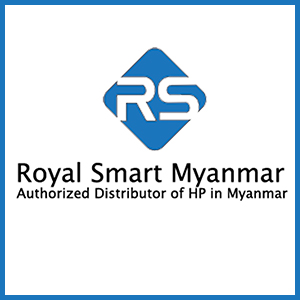 By the success of distribution of MSI product very well-know in Myanmar computer market. After well-experienced in import process. Royal Smart Co.,Ltd. was established End of year 2007.

Now Royal Smart company had good potential because of good relationship with dealer, reseller and retail shop in Myanmar market. So Royal Smart was given Authorized Distributor of Toshiba notebooks and accessories at year 2013. And also, Royal smart became as a Authorized distributor of HP ( Hewlett-Packard ) Consumer, Commercial PC Product and Printers.