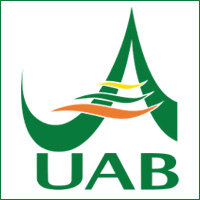 United Amara Bank was established in 2010 as a full fledged Domestic private bank. On 16th August 2010, we opened our first branch in Nay Pyi Taw and the branch network has since grown to 76 branches across Myanmar. It is envisaged that the network will further expand to 100 branches by end-2017.

In 2011, an Authorised Dealer License was obtained allowing the Bank to do foreign exchange transactions through its Money Changer Counters and subsequently on 9th July 2012, a Foreign Banking License was obtained which enabled the Bank to perform foreign banking transactions. The Bank is now fully licensed to make International money transfers and issue Letters of Credit.

On  27 th December 2012, the Bank began inbound money remittance through its partnership with Western Union Payment Inc and in 2013, a principal license was obtained from VISA and MasterCard for the acquiring business.

Apart from the traditional branches which are presently linked on-line via a modern Core Banking system, the Bank currently deploys a number of ATMs across the country and provides an Internet Banking facility for 24/7 access for  its Customers.

United Amara Bank now operates a fully fledged banking business both in domestic and foreign currencies serving its customers through its branches and electronic platform across Myanmar.

Risk Management and Corporate Governance is a key component of the Bank’s culture and the Bank holds a strong commitment to its Motto of “Safe, Sound and Trustworthy”. Commitment to training of its employees is also a critical component in ensuring that the Bank is able to deliver quality services to Customers.

To reflect its growing maturity, the Bank received a number of awards over 2014 and 2015 and recognition both domestically and internationally continues to grow.